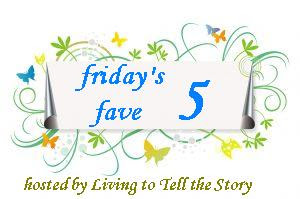 It's been a good week and this coming Monday being Memorial Day means we get an extra long weekend. It is so nice to have a few extra days to spend with my family. 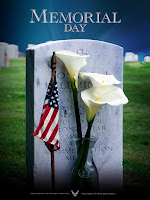 1. Memorial Day. In light of the holiday weekend I am reminded of all the soldiers who have served the people of the United States both in the past and now in the present -- who have lived and died fighting for our safety and for peace. I am grateful and thankful for each one of them. I pray for their safety and success. God bless America!

2. LOST. Last Sunday I watched the very emotionally charged series finale of LOST. At first I was rather upset with how the writers wrapped up the story... Yes, I cried several times throughout the finale. I know, I admit it. It's silly, but I often find myself emotionally attached to characters in stories I read (or watch) and then have to remind myself "this is fiction!" This was the case with LOST, but after a few days of pondering everything that happened I decided I was satisfied with the finale of LOST. I can say it was one of the greatest TV shows of all time.

3. Finishing a Job. For the last several years my husband and I have been remodeling our house. We bought it with the hope of finishing everything in less than two years, but like a lot of things in life it took a little longer... like more than twice that time. This weekend we are tackling our last major project, the upstairs bathroom. Once this is finished it's just a few odd jobs here and there and then we're done. It's a very exciting moment and I will be very happy when it is finished. 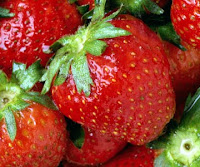 4. Fresh Strawberries. I took my daughter strawberry picking for the firs time. We had a great time and I was able to pick enough to store away for later use and still have enough to eat by themselves and make a strawberry shortcake. If I have time next week I plan to return and pick enough to make up a large batch of jam. I love this time of year.

5. City On Our Knees by TobyMac. There isn't really a great video out there to capture the power of this song, but it has been on my playlist for several weeks now and I wanted to share it. Such a powerful message.

I hope you have a wonderful weekend!
Posted by Sarah M. at 10:41 AM

I love this song. I had no idea Toby Mac did it or what it is called. I heard it lots in VA and on my way to Grand Junction where I am now living. KLOVE plays it lots too - out here. It is a fantastic song. thanks for ranking it on your fav 5s so that I would know what it is called and who sings it. I am really bad with names of songs and who sings them - I just know that I like it or dislike it.
Bless you Sarah. I will continue to 'be in touch' via your blog. I love it.