The Headmistress by Angela Thirkell 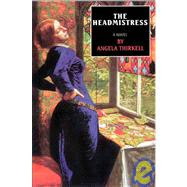 I chose to read The Headmistress as my next read by Angela Thirkell simply for the fact it is widely considered by readers as Thirkell's best novel. At the time I assumed it didn't matter the order in which one read Thirkell's Barsetshire novels. I thought after reading Wild Strawberries (4th in the Barsetshire series) that even though each Barsetshire book is connected the story threads between each novel isn't connected enough to matter the order in which they are read... And to a degree that is true; most of Thirkell's novels are hardly "sequels" and yet they are woven together with references to people, places, and events that make reading them in order much more enjoyable. I realize now that it was a bit of a mistake for me to read The Headmistress ahead of the other 11 books preceding it in the series. As I read I often found myself on the outside of an inside joke or memory, which took away some of the richeness of the story. And yet, this did not stop me from enjoying this charming read.

The Plot:
"The Beltons of Harefield Park, in financial straits endemic to the times, have leased the ancestral home to the Hosier’s Girls School whose headmistress, Miss Sparling, a cut above the "nouveau riche" students, is welcomed into village society. Sam Adams, a wealthy, self-made industrialist, and his lumpish daughter Heather are introduced and we glimpse 'the thin entering wedge' into the solid front of the old gentry. Mixo-Lydians backed by Dr. Perry's wife, and Slavo-Lydians, clients of the mildly obnoxious Mrs. Hunter, barely avoid violent confrontation; it is Mr. Adams who gives short shrift to their belligerent solicitations. And we meet again the bemused Mrs. Updike whose self-battering, as she careens through life, gives new meaning to 'accident-prone.' Miss Sparling reaches an "understanding"... {spoiler removed}...and strong willed Elsa Belton is corralled by [a man] {again spoiler removed} who declines to be jilted. The poignant relationship between Mrs. Belton and her charming but prickly younger son, Charles, on embarkation leave, cuts through the lightheartedness and brings the war home." (Summary Courtsey of The Angela Thirkell Society)

My thoughts:
I found The Headmistress not nearly as exciting and entertaining as Wild Strawberries. The characters weren't quite as lovable and the conversations not quite as humorous. But perhaps this is because I was missing so much by skipping the earlier books? I'm not sure. Even so, I did enjoy the day-to-day happenings within the story. It was interesting to read of life in a small English village during World War II. How different are the lives of the Beltons and Miss Sparling when compared side by side with my own. Not only does an ocean and 70 years separate us, but the more obvious fact of real life vs. fiction. Still, I really enjoyed Angela Thirkell's story telling and I look forward to reading more about the Beltons, who appear in at least six more novels within the Barsetshire series. But first, I plan to go back and start the series over properly with her first novel, High Rising.

For those interested in sampling Angela Thirkell's books without finding themselves knee deep into the series I'd suggest starting with Wild Strawberries or perhaps, as I am, the first novel, High Rising. Then once you are a little more familiar with the characters and their history pick up a copy of The Headmistress.

Angela Thirkell is a wonderfully entertaining writer and I am so glad to have the opportunity and access to her novels.