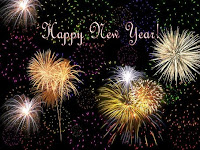 Here we are at the start of a new year, a new decade. Before we get any further into the year I thought it might be fun to recap the last year by listing some fun statistics and highlight the best and worst reads of the year. (** Note: All books that I have reviewed are hyperlinked to my review and you can view them by clicking on the title and author. ** )

LONGEST READ IN 2009: Little Dorrit by Charles Dickens at 859 pages.

SHORTEST READ IN 2009 (excluding children's books): Behind A Mask by Louisa May Alcott at 102 pages.

BEST BOOK DISCOVERY in 2009: The Shuttle by Frances Hodgson Burnett

WORST BOOK DISCOVERY in 2009: The Thin Man by Dashell Hammett

BIGGEST FAILURE TO COMPLETE IN 2009: Confessions by Saint Augustine. This was selected by my book club to read along with On The Incarnation by Athanasius, which I did read. After the book club meeting where we discussed both books I realized I really had missed out in not reading this thought provoking classic. It's back on my list of books I must read.

TOP 5 BOOKS IN 2009 THAT SURPRISED ME (in order as read):
1. Till We Have Faces by C. S. Lewis
2. Anne of Ingleside by L. M. Montgomery
3. Twenties Girl by Sophie Kinsella
4. Twilight by Stephenie Meyer
5. Green Dolphin Street by Elizabeth Goudge

GREATEST READING ACCOMPLISHMENT IN 2009: This one was difficult to answer. I feel like I had many accomplishments in 2009. I could say that reading Little Dorrit was my greatest accomplishment as it was the longest book I read at 859 pages. Or I could also say that reading my way through two series: the Anne of Green Gables series by L. M. Montgomery (which contains 8 books) and the Betsy-Tacy series by Maud Hart Lovelace (which contains 10 books) was my greatest accomplishment. Or maybe it was the success of creating and running the first Maud Hard Lovelace Reading Challenge. But while all of those are great accomplishments I think my greatest accomplishment was my reading and writing throughout the entire year. In just 12 months I not only read the highest number of books within a year of my lifetime (101 books), but I also sat down and put my reflections in the form of 97 book reviews. I am astounded! And exhausted.

TOP 5 BOOKS I WISH I HAD READ AND PLAN TO READ IN 2010:
1. A Tale of Two Cities by Charles Dickens
2. Mrs. Miniver by Jan Struther
3. Emma by Jane Austen
4. Ena Burning by Shannon Hale
5. Mary Barton by Elizabeth Gaskell

TOP FIVE FAVORITE READS IN 2009: This is so difficult! I had so many favorite reads this year, but if I have to list just five they would be
1. The Blue Castle by L. M. Montgomery
2. The Shuttle by Frances Hodgson Burnett
3. Little Dorrit by Charles Dickens
4. Betsy's Wedding by Maud Hart Lovelace
5. Miss Buncle's Book by D. E. Stevenson

Runners up would include: Green Dolphin Street by Elizabeth Goudge, Anne of Ingleside by L. M. Montgomery , A Little Princess by Frances Hodgson Burnett, and Death On The Nile by Agatha Christie.

In closing I wanted to thank you (the readers of this blog) for taking time out of your busy lives to visit this blog, read my thoughts, and leave feedback. I hope you have a happy new year and that it is full of wonderfully good reads!
Posted by Sarah M. at 9:56 AM

HAPPY NEW YEAR TO YOU also! =)

What a great list. I like the way you organized it and I can't wait to see what you think about Mrs. Miniver. I love that one!

I think reading 101 books and reviewing 97 of them is a wonderful accomplishment!!

I would love to read Little Dorrit sometime in the future - and re-read Tale of Two Cities every year with my English class. I absolutely LOVE that book and look forward to reading your review in 2010.

Congrats on a great reading year!

I like the format that you used for this post. I am somewhat intimidated by St Augustine's Confessions, but it's on my list of books to read someday.

Congrats on all the reading you got done in 2009!

I have no idea how you had time to read 101 books last year, raise a daughter, and keep AM running smoothly. I bow to your superior kung fu. If I manage to read 20 books in the coming year, I'll consider it a successful endeavor.

I've heard Little Dorrit is supposed to be great...and I need one more classic for my personal classic challenge this year...hmmmm.

what a great year it was for you!!! WOW.