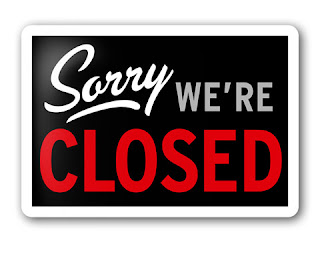 I can delay no longer. It is official  A Library is a Hospital for the Mind blog is now closed and will remain closed until further notice. You can still follow me through my Facebook page. Thank you for your faithful readership over the last few years. Happy reading! ~ SM
Posted by Sarah M. at 2:55 PM No comments: 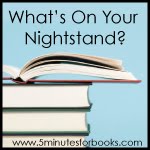 What about you? Are you feeling overwhelmed by your TBR list? Did you get much reading done in August? What books are you hoping to tackle before the end of the summer, or the end of the year? Let me know, or head over to 5 Minutes for Books and link up your own Nightstand Post!
Posted by Sarah M. at 5:16 PM 7 comments: 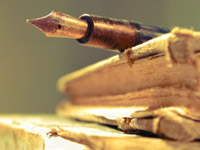 One of my favorite moments when I read is the moment I first pick up a book, open it and read the opening lines. Those opening lines can often make or break the "mood" set by the story. If it's a good or great opening line, I press on with my reading, excited. If it isn't... well I find myself trudging along in my reading until either the story grabs me or I give up and move on to another book.

"Last night I dreamt I went to Manderley again. It seemed to me I stood by the iron gate leading to the drive, and for a while I could not enter for the way was barred to me. Then, like all dreamers, I was possessed of a sudden with supernatural powers and passed like a spirit through the barrier before me. The drive wound away in front of me, twisting and turning as it had always done..." - Rebecca by Daphne DuMaurier

"It is a truth universally acknowledged, that a single man in possession of a good fortune, must be in want of a wife.” - Pride & Prejudice by Jane Austen

"Scarlett O'Hara was not beautiful, but men seldom realized it when caught by her charm as the Tarleton twins were." - Gone With The Wind by Margaret Mitchell

"Marley was dead: to begin with. There is no doubt whatever about that. The register of his burial was signed by the clergyman, the clerk, the undertaker, and the chief mourner. Scrooge signed it. And Scrooge's name was good upon 'Change, for anything he chose to put his hand to. Old Marley was as dead as a door-nail..." - A Christmas Carol by Charles Dickens
Posted by Sarah M. at 2:33 PM 2 comments:

Email ThisBlogThis!Share to TwitterShare to FacebookShare to Pinterest
Labels: About Books, Quotes

Today is national Sister's Day (I know, a holiday for sisters? They think of everything don't they?)... Anyway, to celebrate this day Scholastic put together a list of favorite literary sisters, which you can check out here. This list includes the much loved March sisters (Little Women), Bennet sisters (Pride & Prejudice), Dashwood sisters (Sense & Sensibility) and of course Beezus and Ramona to name a few.

It's a good list, but I can think of at least three more sets of sisters that did not make this list, but I believe should have. They are: The Ray sisters (Julia, Betsy and Margaret) from the Betsy-Tacy series by Maud Hart Lovelace, the Ingalls sisters (Mary, Laura, Carrie and Grace) from the Little House on the Prairie series, and of more recent literary fame: the Penderwick sisters (Rosalind, Skye, Jane and Batty) from The Penderwick series by Janne Birdsall.

Who would you list as your favorite literary sisters?
Posted by Sarah M. at 12:30 AM 2 comments:

This Side of Paradise by F. Scott Fitzgerald

This Side of Paradise was F. Scott Fitzgerald's first novel. He penned it with the sole purpose of and desire for success. It was his belief that if he wrote a novel and had it published he would become a successful author and it would cause his lost love to return to him. Interestingly enough that is exactly what happened. Scribner published This Side of Paradise on March 26, 1920 and the book sold out within three days. Shortly after his lost love, Zelda Sayre returned and they were married April 3, 1920.

Unfortunately for Amory Blaine, the protagonist of This Side of Paradise, there wasn't such a "happy" ending to his story, but then it doesn't appear a happy ending was the goal of Fitzgerald in writing the story. This Side of Paradise  is a coming of age story about a young man, at the turn of the last century, who is in search of himself. In the end he does find out who he is (i.e. what type of person he is, his life motives, etc.), but happiness eludes him.

For those curious as to why Amory does not find happiness I will be so bold as to state that he did not find happiness because he was looking in all the wrong places. At one point in the story Amory claims, "It's just that religion doesn't seem to have the slightest bearing on life at my age." This is the lie that Amory chooses to believe and it is the same lie that many young people choose to believe today. Religion -- or rather faith in God -- has every bearing on our lives at every point of our lives. True faith in God is the beginning of true happiness and finding out who we are and why we are on earth.

This Side of Paradise is certainly not a "happily ever after" type of story, but it is a very real to life story. It is also very beautifully written (though I must admit I did find myself bogged down by the prose from time to time.) Still, I believe this is a book that would make an excellent reading selection for a book club. There is a lot of material to think on and to discuss.

I found it interesting to note how much of Amory's life experiences appear to be patterned after Fitzgerald's own. It was also fascinating to see how Fitzgerald pulled real life events and wove them into the story; some at very key points in Amory's life (i.e. prohibition). Though, I was a tad surprised to find the story glosses over Amory's time at war (WWI), but I suppose it was because in Fitzgerald's opinion the war didn't have the same affect on Amory's life choices that his relationships had.

All in all, I enjoyed This Side of Paradise; not because it was a happy or pretty story, but because it was well written and in its grittiness it depicted what life is like for someone who searches for fulfillment and happiness in all the wrong places. If you're looking for a "modern" novel to read and discuss with your book group I encourage you to take a closer look at one of Fitzgerald's novels (I also read and reviewed The Great Gatsby). I think there's plenty here to discuss even if you don't believe the same as the characters within.
---------------------------

This morning I was so excited to learn that Kate Morton's new novel, The Secret Keeper is finally on its way! Currently at the typesetter, Kate reported on her website that the book will be available for purchase in the US this October. I cannot wait!

For those of you who do not recall, I have read and finished all three of Kate Morton's earlier novels and each time I was left with mixed emotions. I am not a big fan of Gothic tales, but I find myself spellbound by Kate's storytelling. Thus I find myself both excited and anxious to pick up and read this new novel.

For those of you who have yet to discover Kate Morton you can learn more about her first three novels here:

The House at Riverton
The Forgotten Garden
The Distant Hours

A scent of literature... 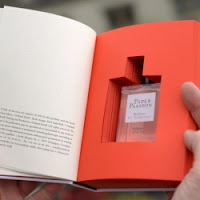 I've always thought that Yankee Candle (or some candle maker) should market a candle that smells like a library, or at least a good set of books. I would definitely run out and buy one... or two... or a dozen. :)

Well, evidently I am not alone in finding the scent of books appealing. I just learned today (thanks to a fellow bibliophile's email) that you can now purchase Paper Passion Perfume. Ok, so it's not a candle... and I doubt I'd wear it (who wants to personally smell like a book?), but it's a neat idea just the same. Such a shame it retails at $98.